New photo added in the Hammerwich heritage photo album. Big thankyou to Roy Aston for sending it in.

A remarkable 8mm amateur video of shunting at Norton Junction/Highbriges Yard (between Pelsall and Brownhills) in the 1960s.

New Video Footage along the SSR has emerged on Youtube

Walsall to Burton filmed in 1958, filmed from a DMU along the South Staffs Line.

The Hammerwich LMS running-in board sign that was found folded in half amongst rubbish at Lichfield City has been given a new home, complete with a frame at Chasewater Country Park.

Although not in the best of condition, the sign is very much an original from Hammerwich Station. We can only assume, it was taken down when the new station signs were put up. It was then taken to the maintenance depot at Lichfield City to be disposed of.

When the ground was being prepared for the new flats to be built, (on the former maintenance sidings), the sign was found buried under rubble folded completely in half. A Lichfield City Station worker claimed the sign and took it home, where it had been in a shed until its sale on eBay earlier last month (Sep 14). 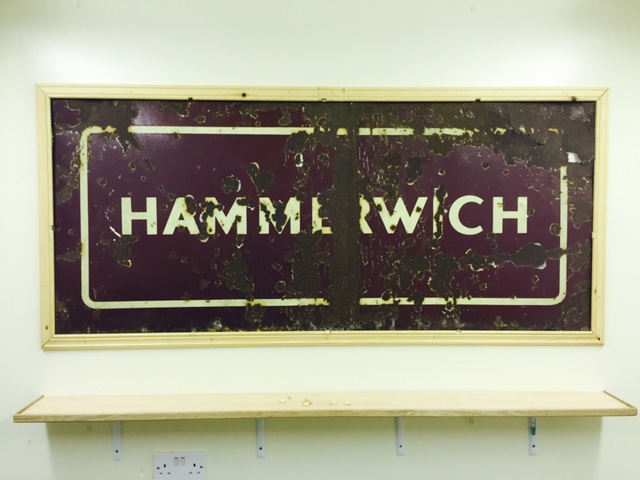 The name sign from Hammerwich Station was found buried amongst other rubbish when the old Lichfield City Sidings was being cleared to make way for the future housing development. The rubbish was transferred to a adjacent scrap yard, when the eBay seller who worked at Lichfield City, claimed it.

The name sign would have been on the platform of Hammerwich between 1923 - 1947, during the LMS period.

On the 24th June 2014, a total of 56 freight trains ran through Walsall and of these, 13 could have used the Walsall-Lichfield line (had it been there) to save mileage, fuel, time and MONEY!

Love On The Lichfield Line 1981

It has come to light that in about 1980 a group called 'Orphan' recorded a song called 'Love on the Lichfield Line' - the track was recorded in a Pelsall Recording Studio, so the 'Lichfield Line' referred to could actually be the South Staffs!

If you are interested you can listen to the track here: https://www.youtube.com/watch?v=EwaZdf_RS-c" target="_blank" rel="nofollow">Love on the Lichfield Line

Content from our freinds at SSR 'reopen our railway' site

Unfortunately we have not been able to upload any new content for a while, mainly because of issues with the website builder and the lack of space left on the server. We have been gathering images such as Hammerwich Latest and other news thought out this period.

We hope to resolve this issue within the next month, and start to update the site on a regular basis. 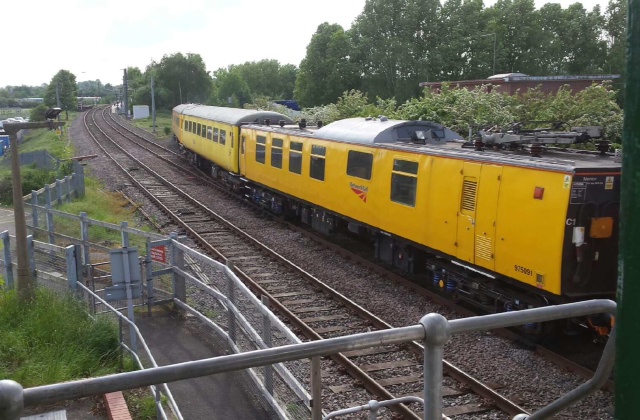 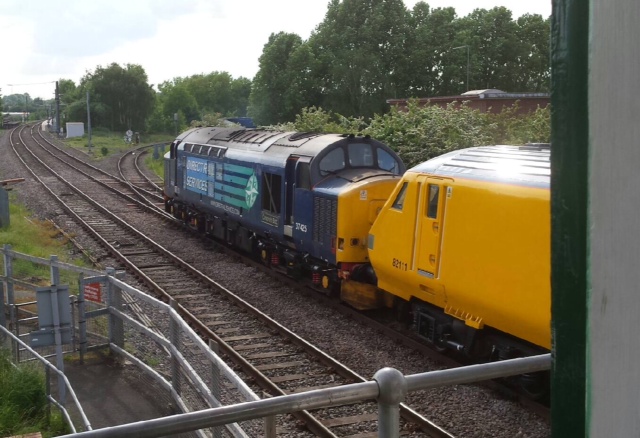 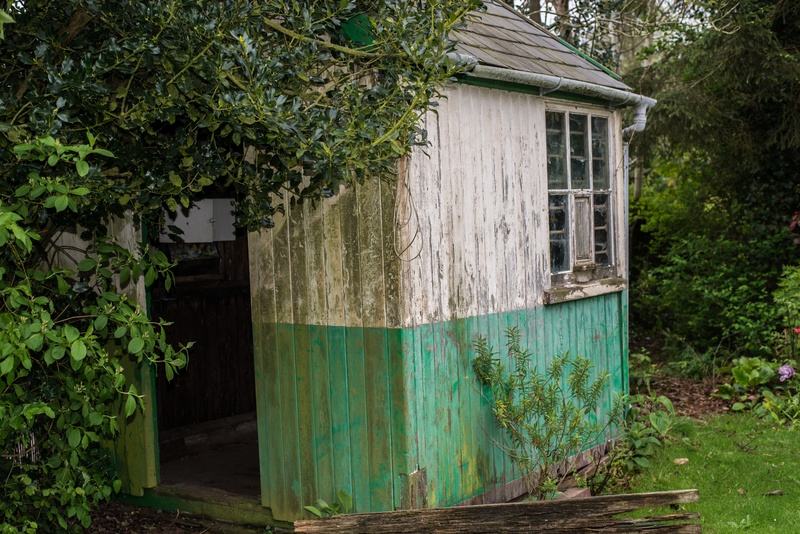 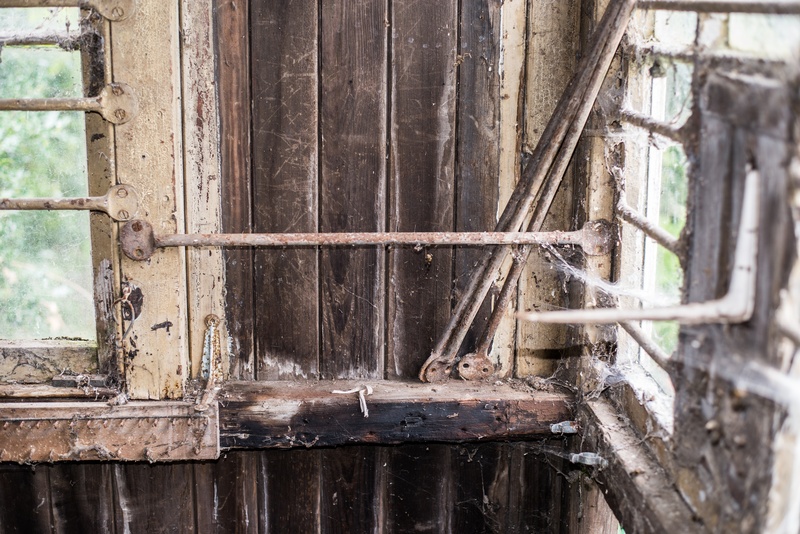 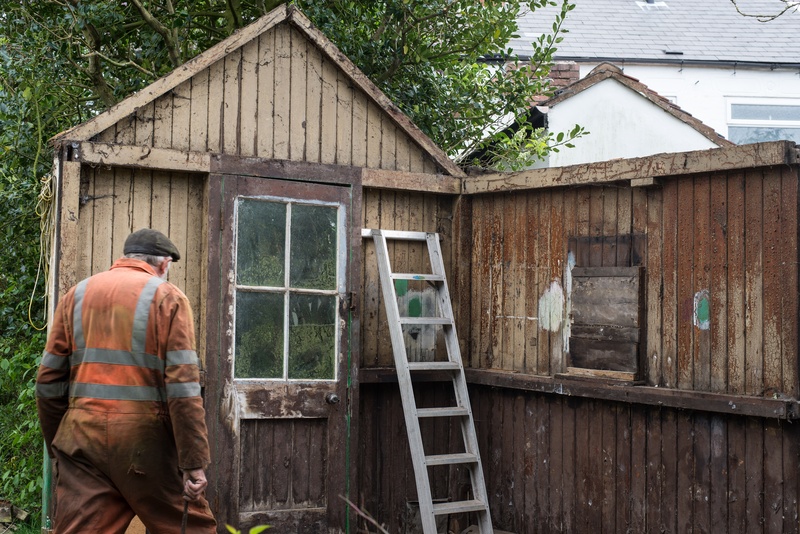 The “Hammerwich Garden shed” being dismantled for its journey to Chasewater.  The Green base colour was subsequently discovered to be hiding the original LMS/BR “burgundy” Red paintwork.   The lower section of the glazing is strengthened on the inside, possibly suggesting the need for extra security? 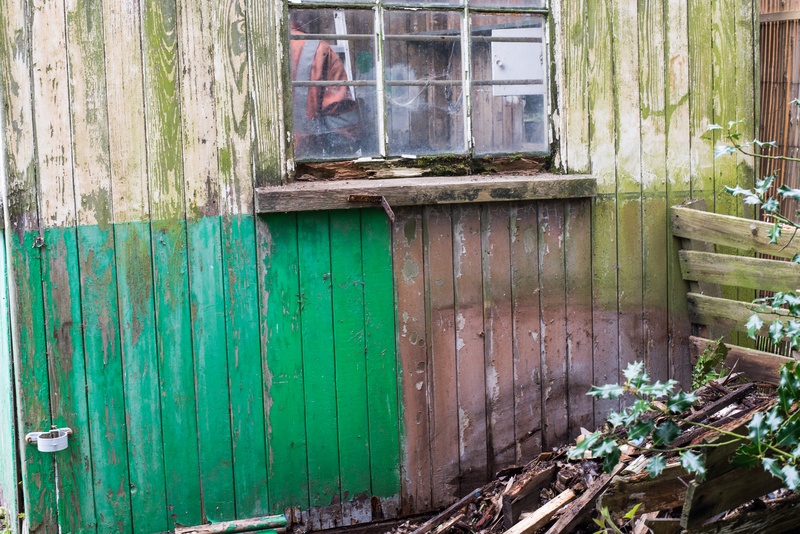 The hut was originally thought to have arrived from Hammerwich Station, but on close examination of the similar huts at Hammerwich, it appears that not only were these huts none “Standard” in size, being 7 ft x 7ft, but their use was different, and they were windowless.  They appear to have been used as “Goods huts”  for the storage of goods to and from the guards’ vans on passenger trains.  The 1930 rating plan for the station confirms this.  The station did have a Booking Hall on the Up platform and this was in use until the station became “Unmanned” in its later days, from around 1959 when a porter/signalman carried out ticketing duties.

Below are both Plans and photographs of the Up Platforms at Cannock and Wryley & Cheslyn Hay Stations.  The relevant of these stations to the story is that the “Ticket hut” is believed to have been acquired by Mr. Cyril Chilton.  Initially, it was understood that he was the Station Master at Hammerwich, and, Brownhills.  Having never seen or heard of his involvement at these stations, it has now been confirmed by Mike Shaw that Cyril, unkindly known as “Chutter” , due to him stuttering badly when excited,  was actually the Station Master of both the below stations, based at Cannock, in the late 50’s and early 60’s.   Incidentally, a Coal Merchant was based at Cannock, not far from the Booking Hall on the Up Platform (see left-hand side of the photograph). 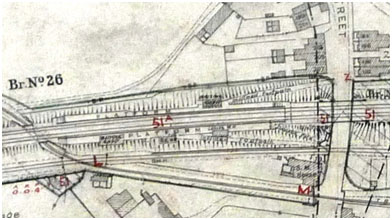 Booking Office on Up Platform denoted as BO.  Sadly, this is NOT the one we are looking for as the panelling in the photograph is horizontal, and not vertical.  However, it does show the relationship between the Booking Hall and the platform. 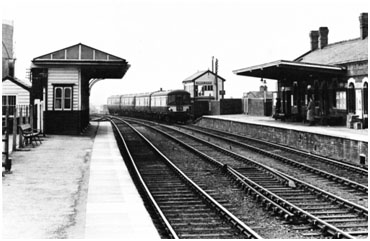 Wyrley & Cheslyn Hay Station c. 1915. Booking Hall combined with Ladies Waiting Room.  Is it possible that this was cut down to form the shed from two “Standards”? 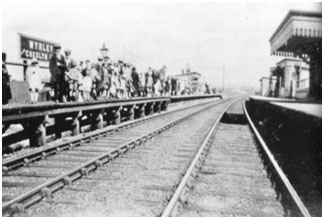 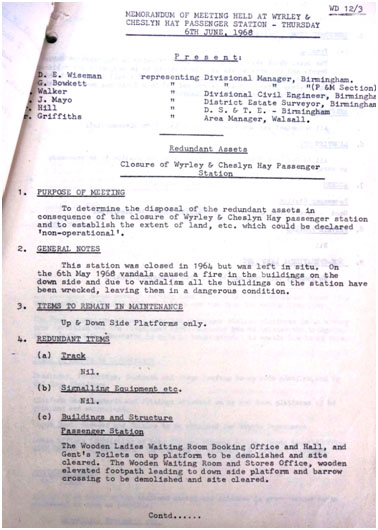 Clearly, the mystery of where the hut came from remains, although one is becoming increasingly aware of the versatility of the “Standard 8 ft x 8ft hut” in railway operations.  It may well be that our hut was not a “Ticket hut” at all, but was used for payroll, weighbridge, or other purposes.  The fact that this hut became a garden shed, and hopefully will become a “Ground Frame” for Church Street on the Chasewater Railway, demonstrates that these everyday structures were rugged, adaptable and durable.

Thanks are due to Mike Shaw, Richard Foster, Rob Taylor – South Staffs Rails, for their assistance and help in compiling this article.