Upgrade to the South Staffs Line

An upgrade and electrification of the South Staffordshire Line which is currently used for light freight and diversions, is planned which wil extend the Cross-City line between Lichfield and Wychnor. 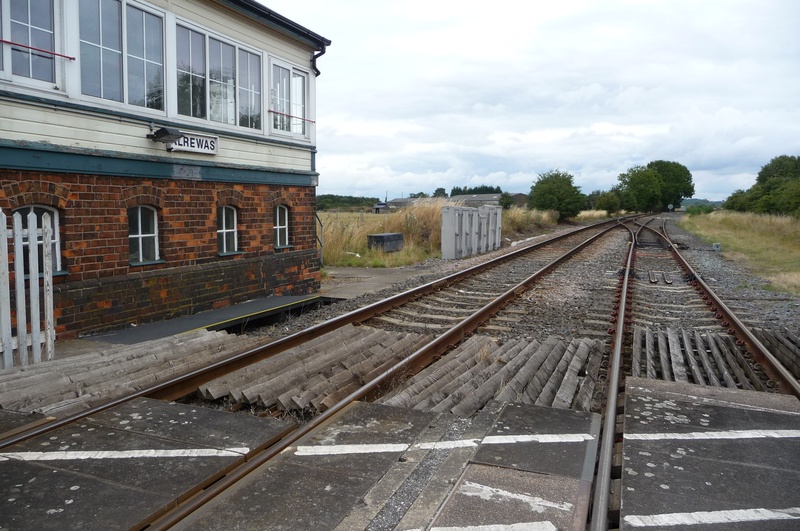 The development is to be bulit between Fradley and Alrewas with the busness park and aminites built between Alrewas and Barton.  Halt stations are planned to serve the villages and business park, which will be linked by a two-minute rail journey. There are also plans s for a railway station at the National Memorial Arboretum.

A new parkway rail station would lie on the junction of the Cross-City route and the Derby to Birmingham Line at Wychnor, providing a public transport link to the National Memorial Arboretum at Alrewas. No timeframe has been suggested for the project, but the developers claim the 5,000 dwellings would generate construction jobs for 20 years. The next phase will involve detailed submissions for Lichfield District Council and Staffordshire Borough Council as they adopt new local plans.

Reply Jonathan
1:26 PM on October 20, 2012
Will believe it when I see it....unless the developer stumps up the cash for the track upgrades and stations then NR won't touch it with a bargepole.

Reply ROB
7:52 AM on October 22, 2012
Its nice to dream, but you are very right. Its easy to produce shiny new plans for development, but its mainly pie in the sky. There was a simular housing plan north of Lichfield some years ago, and that got stopped.

I like the idea of theses plans, but like you say NR wont fund such stations unless the developer puts there hands in there pockets for such improvments.

I personally have been told by a NR employee that a survey and measurements have been under taken along the route for overhead gantrys ect. Have to wait and see...

Reply mark
3:34 PM on October 23, 2012
I like the idea of the station at Wichnor Junction. Makes sence to join both London Midland and Cross Country services (or who ever will be running the lines if this ever gets underway)

Reply RailTrackUK
4:57 PM on October 25, 2012
Is a good idea on paper but like Jonathan says, NR wont pay for all the work that is involved in this project.